Kamukunji grounds, also known as Saba Saba grounds is located between Majengo, shauri Moyo Estate and the Gikombaa market in the capital of Kenya, Nairobi.

The Kamukunji Grounds is one of the most historical grounds in Kenya, famous for the being the venue of the Saba Saba Rally that brought an end to the one party rule ushering in new era of multiparty democracy in Kenya, hence the nickname “Saba Saba grounds”

Over the last few years,  the grounds had been idle after most political rallies and government events, which used to be held on these grounds, were relocated to newer and renovated grounds like the Moi International Sports Centre Kasarani, Uhuru Park among others. Being neglected for a long period of time resulted in the Kamukunji grounds slowly morphing into a dumpsite. As a result, the grounds then became a hide-out for thieves in the area, making it unsafe for members of the community to even simply pass through.

Various organisations that do community based work and organising in the surrounding communities saw this and decided to take action and rehabilitate the grounds with the help of the local government administration.

The organizations that came together were from Eastleigh North and South ward, Pumwani ward, California ward and Eastleigh Airbase ward.

These five community based organizations came together and formed what is now known as Kamukunji Environment Conservation Champions (KECC) under the leadership of Josephat Karomi who is the chairperson. TON spent a day with the chairperson as well as some of the members and partners of KECC, who highlighted the story of KECC. How they started, their wins, challenges as well as aspirations for the future for the communities they serve.

In addition to the great work KECC is doing with rehabilitation of the Kamukunji Grounds and conservation of the environment, they are also providing an opportunity to former criminals to not only get an alternative source of income, but to also become reintegrated into society through service. Most of the members of KECC involved in this are former criminals who have decided to change their ways and commit to working with their community, to achieve a safer environment for all. The Kamukunji grounds have now been converted into a safe park for children to play in and adults to also come and relax and unwind. Some of the main areas that KECC has created for the general public include a kids playing area with swings, slides and other kid’s activities, a mental health corner for adults to come sit and talk to each other, various gardens and more.

The group recently had a general cleaning up exercise of the grounds and this involved members of the community, the local government administration through the Kazi kwa Vijana initiative from the District Officer’s office under the leadership of Fatma Mohamed and members of the Gikombaa market.

They also planted trees and cleaned the Nairobi river which passes through the grounds and which if well taken care of could be a source of attraction and water for the trees in the grounds.

The park has been transformed and made greener for children to play in, the garbage has been removed and spaces that used to be dumpsites converted into parking spaces which are charged a fee on a daily basis and the income goes to the community through members of KECC.

More work still needs to be done but the progress is steady and we hope that KECC will get the support they need from various sources around the country and beyond and  to completely transform the park. They are currently working on lobbying for the ground to be officially renamed officially as “Kamukunji Park” and there’s also efforts by the area Member of Parliament, Yusuf Hassan, for the ground to be designated as one of Kenya’s historical monument. 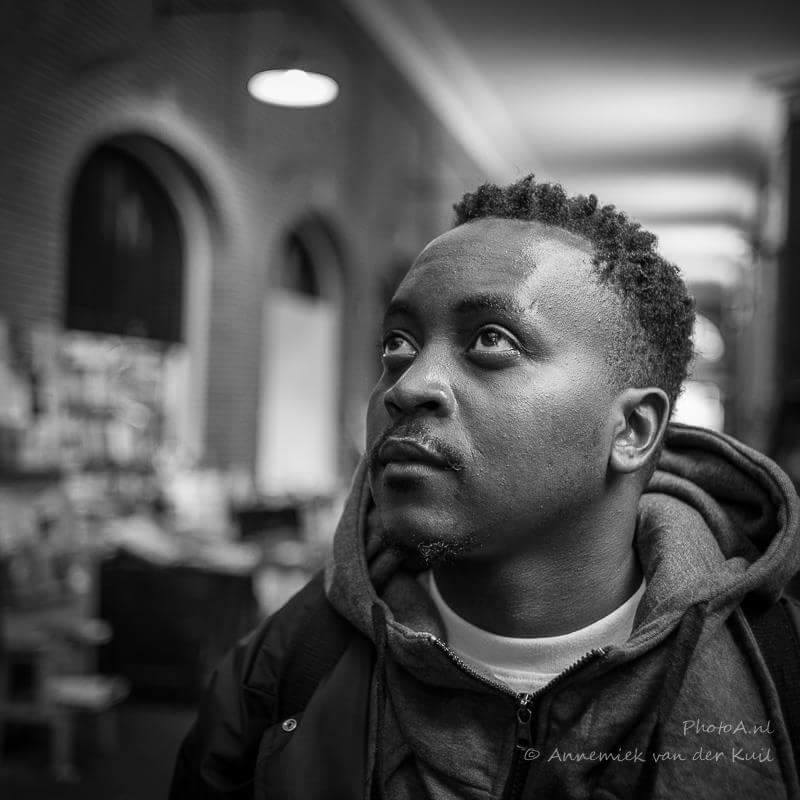 Obanda is a photographer and videographer by profession; he has a bachelor’s degree in Electronic Media from Africa Nazarene University (Graduated 2014), he is passionate about showcasing Africa and her people in their truest form through the lens.